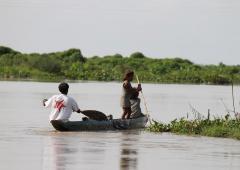 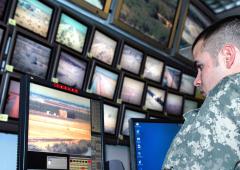 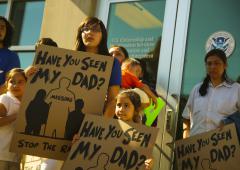 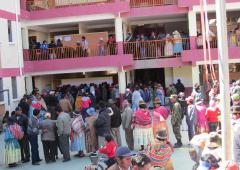 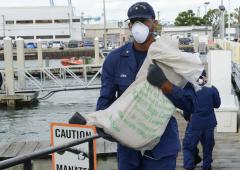 Race, Class, and Cannabis in the Caribbean
October 23, 2014
Without sufficient regulation, drug legalization in the Caribbean could end up benefitting international business interests, and hurting those who depend on the informal cannabis economy to survive. 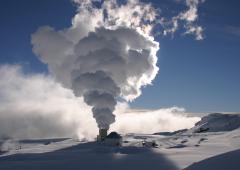 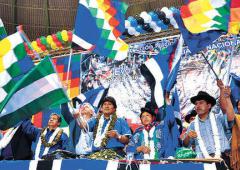 Bolivia: Elections in the Time of Evo
Rebel Currents
September 29, 2014
Bolivian president Evo Morales is expected to win the October 12 national elections by a landslide. But will Morales and the MAS party that emerges from the electoral process have the political will to deepen Bolivia's "process of change?"
Expanding Insecurity
Border Wars
September 23, 2014
As immigration enforcement and local police continue to merge, bureaucracy has become a crutch on which the U.S. immigration policing apparatus leans.
Elections Revive Bolivia’s Controversial TIPNIS Highway Plan
Rebel Currents
September 4, 2014
As Bolivia’s election campaign moves into full swing ahead of the scheduled October 12 vote, President Evo Morales’s controversial plan to build a highway through the TIPNIS indigenous territory and national park has resurfaced.
The Real Story Behind the “Invasion” of the Children
Border Wars
August 25, 2014
The present "crisis" stems from the way our economy depends on separating parents from their children in order to exploit their cheap labor—and then our horror or dismay when they want to be reunited.
How We Scapegoat Children From Gaza to the U.S.-Mexico Borderlands
Border Wars
August 6, 2014
Billions of dollars go from U.S. taxpayers to the U.S. border immigration enforcement regime and Israeli Defense Forces, while children are dehumanized with the same cold efficiency that deports, or even kills them.
Bolivia’s Military and Police Protests: The “Children of Evo” Speak Out
Rebel Currents
July 25, 2014
In recent months, Bolivia has witnessed dramatic rebellions by rank-and-file military and police officers. Are these mobilizations a threat to the goverment of President Evo Morales, or an example of pragmatic protest politics at work during an election year?
Carlos Slim’s Empire Broken Up But Oligarchs Still Control Mexico
Mexico, Bewildered and Contested
July 14, 2014
Watered down telecoms reforms represent a victory for big business in Mexico.
The U.S. Roots of the Central American Immigrant Influx
Border Wars
July 8, 2014
The rise in unauthorized border crossings by Central American migrants demonstrates how U.S. immigration control and foreign policy in Latin America combine to produce violent results.
The Fifth Anniversary of the Bagua Massacre in Alternative Media and Art
NACLA-CLACS Student Blog
July 2, 2014
Through alternative media, activists and artists demand justice for the victims of the Bagua Massacre.
How Deportation Created A New Class Of Disposable Soldiers
Border Wars
June 19, 2014
The Department of Homeland Security has deported thousands of U.S. military veterans in recent years, giving new meaning to the militarization of the country's borders.
Fuerza Valpo! Solidarity, Resistance, and Recovery In the Wake of Valparaíso Fires
Rebel Currents
May 30, 2014
Valparaíso civil society responded to April's massive fires with community-led relief and reconstruction initiatives. Can an urban catastrophe become an opportunity for progressive grassroots change?
The Creeping Decriminalization of Marijuana in the Caribbean
May 23, 2014
Participants at this week’s Jamaica Cannabis Conference are doing more than just blowing smoke—they are discussing the upcoming stages of a long-overdue and vital transformation of the Caribbean’s regional economy.
Colombian Army Escalates Attack on Communities near Tolemaida Military Base
Red Hot Burning Peace
May 14, 2014
Colombian Army blocks the road, uproots fruit trees, and poisons streams in an effort to displace communities. An Army slogan is “Yes, there are Heroes in Colombia”—is poisoning wells ever heroic?
Conflict Over New Bolivian Law Highlights Mining Sector Contradictions
Rebel Currents
May 9, 2014
The conflict over Bolivia's new mining law offers a window into the complexity and contradictions of the country's mining sector, as they play out during the run-up to October’s presidential election.
After 34 Years, Walter Rodney's Assassination in Guyana now Under Review
May 7, 2014
The new Commission of Inquiry (COI), which began in Guyana on April 28, will provide a chance for the PNC government to finally set the historical record straight regarding the assassination of Walter Rodney.
LGBT Conference in Cuba Surrounded by Expectations and Controversy
NACLA-Global Voices
May 5, 2014
Expectations are looming over the Sixth Regional Conference of the International Lesbian, Gay, Bisexual, Trans and Intersex Association for Latin America and the Caribbean (ILGALAC), which will take place in Cuba from May 6 to 10, 2014.
El Chapo's Arrest: Money Laundering and Mexico's Drug War
April 25, 2014
El Chapo's arrest may be hailed as a victory for the war on drugs, but the real players continue to operate with impunity behind the scenes. U.S. banks' money laundering helps finance the drug trade.
Good Enough to Work: Low Pay and No Rights
Mexico, Bewildered and Contested
April 22, 2014
Mexicans make up the highest number of underpaid workers in the world’s most powerful economy. Much of the story of Mexican migrants in the United States can be seen as a criminalization of poverty.
Bogotá Mayor’s Ouster Undermines Political Struggle for an Inclusive City
Rebel Currents
April 17, 2014
In a setback for local democracy, political rights, and the struggle for a sustainable, inclusive city, President Santos ratified the dismissal of leftist Bogotá mayor Gustavo Petro, defying a ruling by the IACHR.